I love the mix of this top that is somewhat feminine in it’s color and details, with the grungy gray skinnies and old moto boots.  I had to run around all morning (Maya had gymnastics, followed immediately by school), then raced home to get caught up on work.  The shower never happened, but I was beyond comfy!  I had finished up some work with about 20 minutes to spare before I had to pick Maya up.  I ran down and took some  pictures really quick, because we had a random break in the monsoon rain we’ve had lately!  I had hopes of bringing Maya back after school, but she was pretty beat…so we just chilled at home instead. 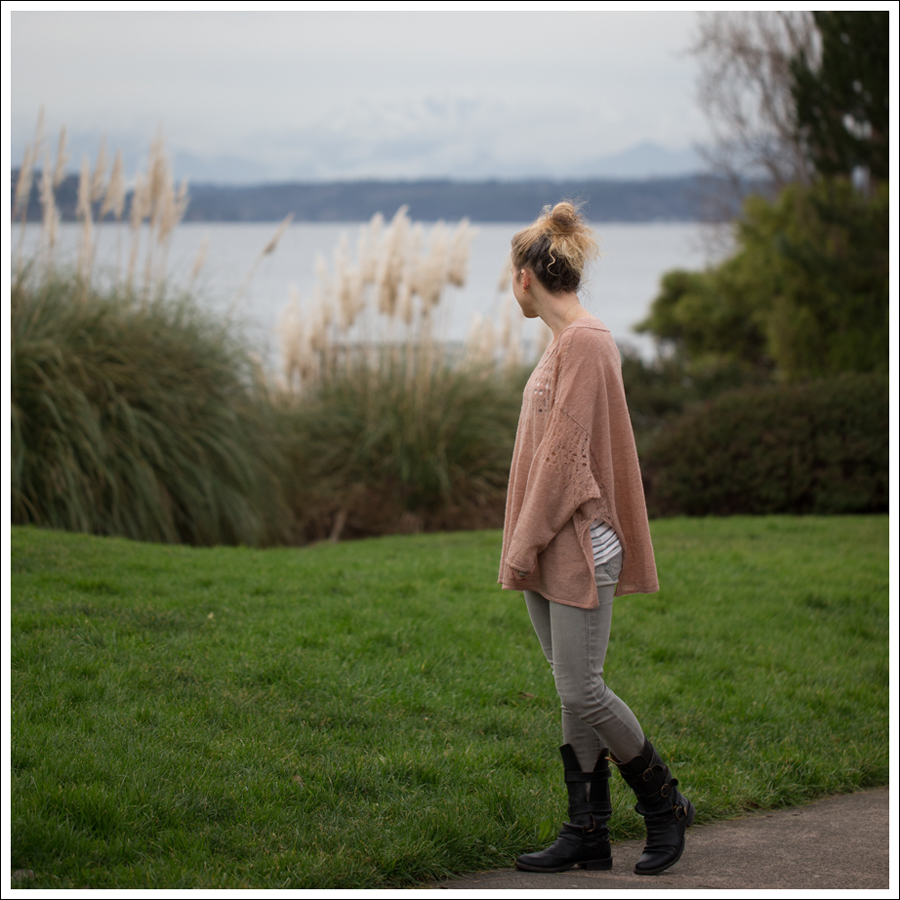 Sweater- Free People “Pointelle Ballet” (eBay, sold out)
Tank- H by Bourdeaux (Nordtrom Rack, sold out)
Jeans- Golsdign “Mayhem” (Ebay, similar here and here)
Boots- Fiorentini + Baker 7040 Boot (purchased via an Instagram acct)
Keeping it Real…
I really wanted to show the movement of this sweeater and capture the super cool deep side slits.  That didn’t happen haha.  Two cars pulled up just as I was doing this, and I decided to just call it a day after one failed attempt! 😉 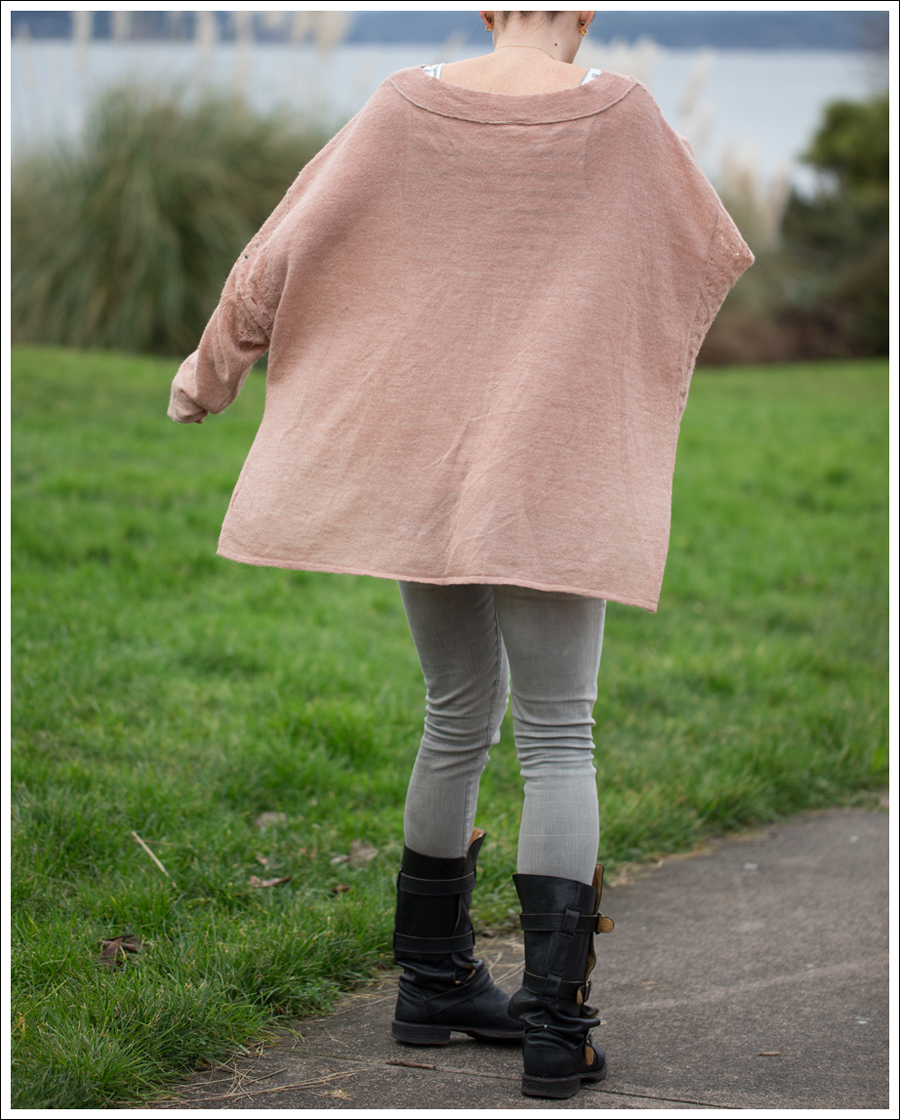 (all pictures taken with a self timer/shutter release and tripod, except ones of Maya :))